Skip to Content
Home Germany Germany is a popular destination for immigrants.

Germany has drafted a “tentative” proposal for a new immigration legislation in order to address the country’s severe lack of skilled employees; nevertheless, it is unclear what the proposed law would have as a result. And how is this different from the immigration regulations of other countries?

Germany is preparing to enact new immigration legislation with the goal of bringing in more qualified and trained workers. However, this legislation is based on the “points” system, which is known to be in place in other countries and means “points” Certain while applying for a visa, according to each person’s skills, which gives priority to some people over others at the expense of their points, according to criteria established by law, appears to be in conflict with this legislation. 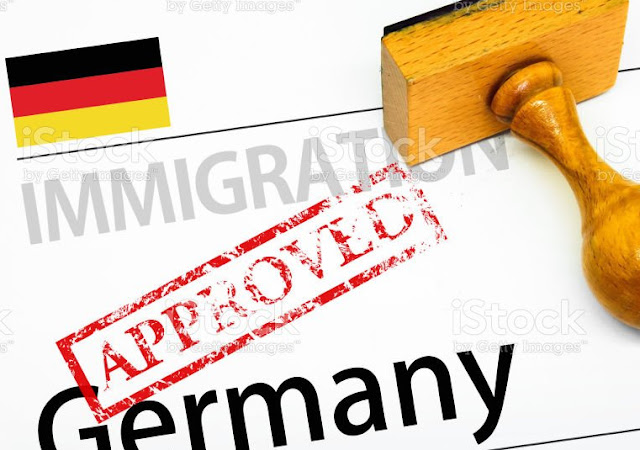 According to experts, the new “key points” paper acknowledges that low unemployment rates in Germany, combined with a high proportion of elderly people, have made it difficult for companies to hire qualified workers for some positions, and that increasing job opportunities for other EU citizens has proven to be ineffective in the past. The country will have little choice but to recruit “skilled and qualified personnel from third nations,” which are countries outside the European Union, in order to make up for this shortfall.

The Ministry of the Interior has prepared a paper that has been approved by the Ministries of Labor and Economy in many of its points. The paper will be presented to the government of Chancellor Angela Merkel on August 29. The paper will state that the German Ministry of the Interior, headed by Minister Horst Seehofer, leader of the conservative Christian Social Union (CSU), is adamant that immigration not be integrated into Germany’s social security system.

The government’s paper does not define the new immigration system as a “point-based system,” as is the case in the United Kingdom, Canada, Australia, and other countries. Instead, the new law will accept immigrants based on their level of education or the amount of money they own, or their mastery of the German language and current job offers, among other factors, so that if they meet a certain threshold for entry, they are allowed to enter the country.

The Social Democratic Party (SPD), as well as other preferred center-left parties in Germany, had previously proposed a points system in 2016, and the points in the new document indicate that people will be chosen according to criteria that will make the new law an effective “points system,” as opposed to a simple ranking system.

However, according to OECD researcher Thomas Liebig, “the devil is in the details,” and he says, “I have some questions about how these standards will be applied, I am not sure how they will have different criteria without a clear score calculation, so if you want to Swapping different criteria, you need a “points system,” one way or another, and this is the mechanism on which points systems work.”

Germany suffers from a scarcity of trained builders and nurses.

According to Liebig, the current German immigration law is the most straightforward immigration law in the world, particularly for those with a higher education level. It is simple to “move from Canada to Germany, for example,” and “according to the current law, it is sufficient to have good educational qualifications, and offer only work; you do not even need to speak German.”

Furthermore, German law grants a visa to those who have excellent educational qualifications, even if they do not have a job offer, as it grants them the so-called “job search visa,” and they can enter the country without having a job offer. However, Germany lacks the facilities for those with “Mid-level qualifications,” such as nurses, caregivers, kindergarten assistants, and craftsmen such as electricians or carpenters, as each job necessitates the use of a professional rather than

Previously, the inability to bring such experiences from different countries, or the failure to recognize or value the presence of experience among people coming from certain countries, has created a “obstacle” in the acquisition of qualified personnel in some sectors. The new paper presented by the government is a way to bridge this gap, and “the key to success is to create integration in the German job market.”

However, there is some ambiguity in the study as to what the other necessary requirements are: When it comes to German language proficiency, what level should a prospective immigrant have? Should a German corporation provide a job offer to someone with intermediate capabilities, and which occupations would be judged to be of that caliber?

Visas in the Scandinavian style

This type of visa has proven effective in Denmark, and it appears that the German government is currently considering implementing it for middle-skilled jobs. However, this step has not yet been implemented in Germany, and its success will depend on whether German employers are willing to take a risk and hire people who have a “job search visa.”

Liebeg believes that “this will be a major issue,” adding that “many German firms are hesitant to hire employees from other countries.” We posed the following question to German employers: (Are you interested in hiring individuals from other countries?) And the response was, “There isn’t any way to do that.”

In the meanwhile, they seem to be presenting a two-fold law: there are those who arrive, hunt for work, and then are recognized if they find work, said the researcher from the Organization for Economic Cooperation and Development (OECD).

Recent changes in immigration legislation in France seek to make it easier to recruit persons with a higher educational background or extraordinary abilities, and a key component of this reform is the reduction of administrative red tape. France’s law applies specifically to executives of multinational corporations who earn more than 5,000 euros per month, scientists, the entertainment industry, seasonal workers, and employees in regulated occupations, whereas Sweden has a more liberal policy, stating that “you can come as a basis for any job.” In terms of geographic isolation, France is entirely closed, Sweden is open, and Germany is somewhat in the middle.